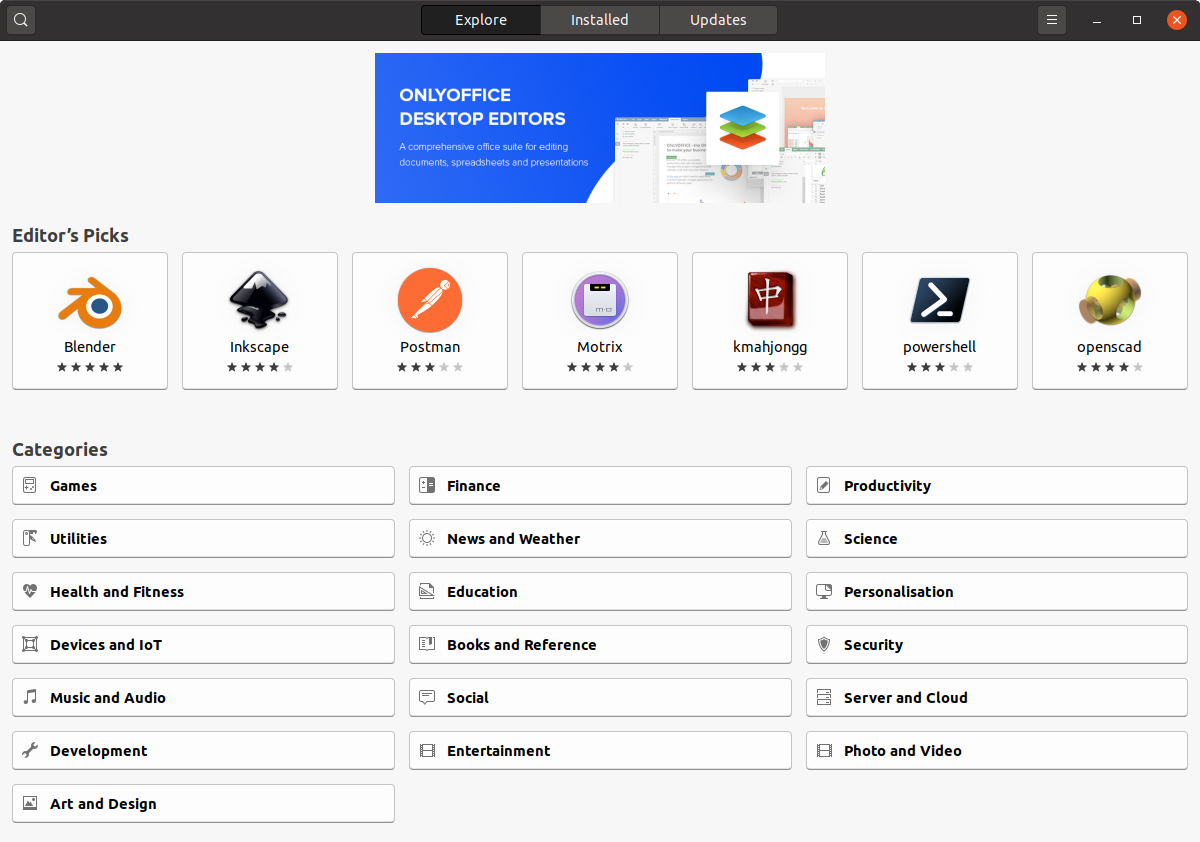 If you ever see a third software app icon in Ubuntu 20.04 that looks like the icon shown below this is the icon of the GNOME Software app from GNOME desktop environment.

None of these answers actually restored the orange icon to refer to the snap-store snap as was originally installed, and the way it was intended to be by Canonical.

The actual way to do this if you have the "Snap Store" app with the blue-green icon is to run snap refresh snap-store --channel=stable/ubuntu-20.04

Then you will once again have an orange icon called "Ubuntu Software" which opens snap-store snap.

I think there was an update that fixed this bug on its own, but if you messed with stuff to try to fix it, you might be stuck with the "Snap Store" like I was.

I found exactly the same issue today, no 'Ubuntu Software' after the last update on Ubuntu 20.04, but Snap Store got installed. So, it looks like a bug.

is solving the problem.

Canonical replaced old snap store in Ubuntu with their own snap version (it was a rather controversial decision). To replace it with old version use:

It will remove the new version of the store and install a classic one. If you still want to use snap packages then:

It will add support of snap, but if you prefer flatpak then: